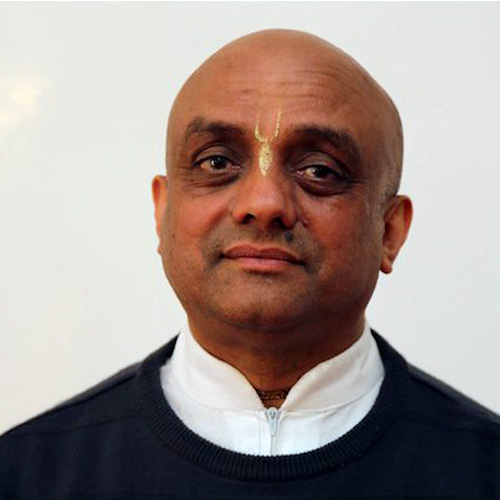 Sruti Dharma Das is the Temple President of ISKCON’s Bhaktivedanta Manor in UK. After meeting Srila Prabhupada in 1977, Srutidharma dasa moved into Bhaktivedanta Manor the following year. He has overseen the development of the Manor’s large congregation over the last 40 years, and was a key member of the campaign to save the Temple from closure (1986 – 1996). Since then he has been Chaplain to three different local Mayors.
Today he is an active member of many influential organisations, including being the Spiritual Advisor to the Avanti Schools Trust, Chair of the Hindu Education Authority (UK), Spiritual Commissioner to the Hindu Forum of Europe, a Trustee of the Lotus Trust and the Chair of Trustees to Bhaktivedanta Manor.
He is also part of ISKCON’s GBC Sannyasa Committee, and it’s Strategic Planning Team, focusing on Temple Development, Devotee Care and Fund-raising.