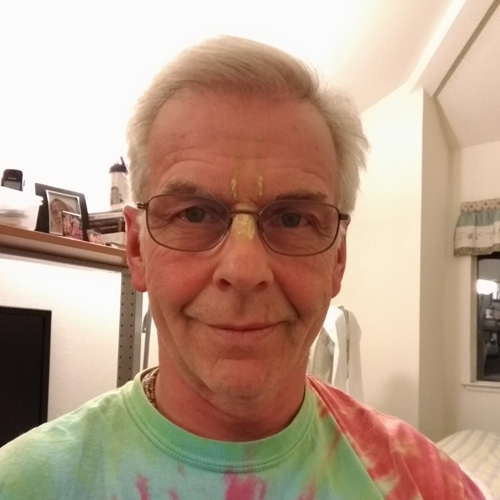 Krsnadas Kaviraja Dasa is initiated by Srila Prabhupada.  He has served in the Ottawa and Toronto temple since 1974.  He is married for over 41 years to his wife Purnamasi d.d., also initiated by Srila Prabhupada.  They have two daughters. He wears a Hare Krishna T-shirt even on the job, as a respiratory therapist, sharing his spiritual wealth at every opportunity. He regularly performs Harinam Sankirtan on the streets of Toronto.   As a member of TASC (Task for the Assessment of Sannyasa Candidates) he serves the Sannyasa Ministry. He is a regional coordinator for the World Holy Name Festival.  He is the present Chairman of the GBC Deputies.